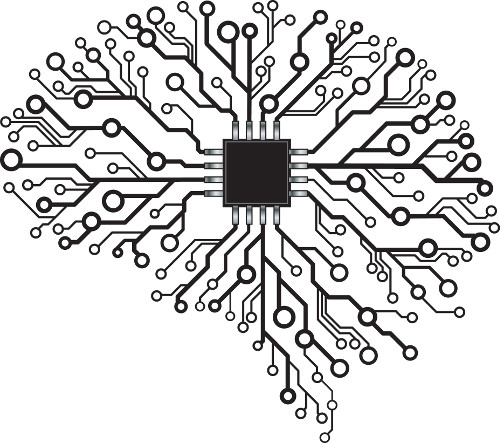 In my last article, I talked about mental programming. How your actions are a result of elaborate programming in your brain and how psychology is the study of that programming. In this article I’m taking that idea further.

A word of warning: This is an analogy. There will be places its not an exact fit, but it helps us understand the system better. We are used to comparing our brains with the most complex system we can understand – it was machines and engines for a long time. That’s where the phrases like ‘he ran out of steam’ and ‘they were pushing my buttons’ came from. Right now, the most complex system we have is a computer. And since I know a bit about that subject, its the easiest way to communicate.

If your behavior is the programming, then your brain is the hardware. Your attributes or character is the firmware(permanent software that comes bundled with the hardware). It comes with the hardware, its built by other people/external situations – and its very difficult to modify.

To get this system to a more functional point, you need a good OS on top of these things – an Operating System for the Mind. A mental OS is something that you have ‘installed’ over your childhood. These are lifestyle influencing belief systems1.

A good example of a mental OS is religion. Its generally learned in childhood and affects a lot of your lifestyle and beliefs. The OS will be a combination of the religion, family traditions, local community practices, and a few other things.

This OS has been install in you by other people – BUT – from this layer on, you can start changing things(unlike your hardware or firmware). You can actually re-install your mental OS.

A decent OS I can recommend is Rationality. But before I can give you the rational for Rationality OS, you need to know the functions of a mental OS.

Characteristics of a Mental OS

Yes, these are the characteristics of a computer OS. Now that we have this analogy, lets see how far we can push it.

The Kernel is the central part of the OS. This is your Identity. Examples…

On the other hand, many believe that religions are a mental illness.3

This part of the OS lets you prioritize things. It decides how much time, energy or money you should spend on which part of your life.

This module determines how well you work with others. If the other person has a similar OS as you, you might be able to interface more easily.

Members of a same religion can work very well with each other – but the stronger the OS programming, the more issues they will have working with members of other religions.

This section becomes active when you run into issues. It can be things things that challenge your beliefs or actual crisis.

This refers to the tools the OS gives you: habits or practices that are a part of this OS. Many religions give you meditative tools like praying. Or networking tools like going to church. Rationality can give you tools like Scientific Thinking or Bayesian thinking.

There is one critical thing that a Mental OS gives you that a Computer OS doesn’t have to bother about – that’s the drive. A good mental OS will give you a purpose.

Why is Rationality OS Better?

Think of the Rationality OS as the Linux of mental operating systems. You’ll have to put in more work to set it up – but its way more stable, functional and efficient. You can customize and personalize it for better compatibility with your own mind.

You have gotten your existing Mental OS without a say in the matter – whatever situation you were born into molded you into who you are today. Installing the Rationality OS lets you take a more intentional approach in deciding who you want to be. Instead of saying I’m a Christian because my parents are Christians, I choose to say that I’m a stand-up philosopher because I choose this path. Also because it confuses people.

Do you really want to be using an aged OS like religion in this day and age? Come to a high-tech, modern mental OS like Rationality!

Specifically Created for this purpose

Rationality is created for the purpose of increasing mental efficiency. Its built with a better understanding of how human cognition works – so its much more compatible with your hardware and firmware.

You don’t have to use the entire OS – you can just pick and choose modules that you think will best suit you. This is something most religious OSes look down upon.

Protection against a lot of bad software and erroneous thinking. It includes patches for most of the known security issues.

These blog posts are part of my OSM Project. OSM stands for ‘Operating System of the Mind’. The main goal of this project is to create a custom distribution of the Rationality OS. And over the course of the next few posts, you’ll have a better idea of what it will be – and how to install it.