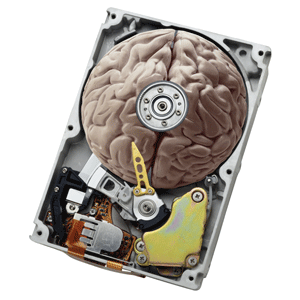 In the last article about philosophy, I introduced you to subjective reality – a reality that is created by your beliefs. You can change your beliefs to change that reality.

When you hear about psychology, you think about therapy. About mental illness. About your crazy ex who should be seeing a therapist. These are valid things – but that is not why you should care about psychology. For me, understanding psychology is understanding our internal programming. You do the things you do because there is elaborate programming in your brain on how to respond to stimuli.

Your mental programming is very complex, and highly personalized to you. It very carefully considers your entire history of experience before it creates a response. But you generally don’t even know the rationale of your responses. Have you ever called your crazy ex even after you know that they are crazy? This is a classic WTF brain reaction that can’t be explained easily. Understanding your programming will help you understand the response.

For eg. Let’s say you start drooling every time you hear a bell. Because this is causing you problems in life, you go to a therapist. The therapist figures out that the issue started in your childhood – someone rang a bell every time you were fed. That created an association of feeding with the bell. And your body starts responding to bell in a way that it responds to food. This is what I mean by ‘understanding your programming’. Also, this is what I imagine happened to Pavlov’s kid.

As a programmer, there are a few things I know about programs…

All these are true of your mental programming as well.

There are a lot of known bugs in our programming: like optical illusions or misunderstanding sensory data(eg. McGurk Effect). But my favorite brain bug is cognitive biases. Cognitive biases are errors in thinking – often a result of your brain’s attempt to simplify information processing. These bugs are usually the result of brain using shortcuts to solve a problem. And using the wrong shortcuts to do that.

Let’s take the example of confirmation bias – the tendency to search for, focus on and remember information in a way that confirms one’s existing beliefs. If I have an belief that I’m a philosopher psychologist, I’m going to focus on things that support the claim. Like the fact that I had done research on it – and written articles on it. I will ignore the evidences against – like the fact that I have no training in either field. I’ll also ignore the fact that there is nothing called a philosopher psychologist.

In programming, debugging is the process of getting out existing bugs and putting in new ones. In our case, you can think of mental debugging as the process of understanding a bug better and, hopefully, fixing it. Broadly speaking, there are two types of brain bugs…

To fix these bugs, you need to understand them first. And that is the debugging. A good starting point would be going for therapy.

Brain Hacks can be defined as getting someone to behave against their own interests. Billions are spent trying to figure out how to use psychology against you and your self interests. Companies, politicians, media all are trying to find the best ways to make you care about some things and ignore other things. To get you to click on ads. To get you to buy things you don’t really want. To get you to use your time to tap colorful things on a phone screen that give you a dopamine hit.

You have heard the adage that Google knows more about you than you do about yourself. Its close to reality. But the good news is you have the ability to fight back. Google knows that you clicked on the third link in the search result. But it don’t know why – you know why. Facebook knows what all pages you have liked – but you know that at least 20% of that is your cat walking on the keyboard. As long as you know yourself, you can fight back against this subversion of your will.

Once you know enough about your own mental programming, you can start to change it. This is why philosophers have always placed a premium on ‘knowing oneself‘. This means knowing a lot of things about yourself – things like…

Psychology has a lot of frameworks, models and tools that can help you understand and improve your programming. Frameworks like CBT. Tools like therapy. And many, many others.

You have very elaborate programming in your minds. You can understand it using psychology. Your internal programming has these features…